I went looking for underwear today and I was so very disappointed. If you want something fun and slightly retro it's not out there. If you step outside the black, white, skin coloured and those hideous whole sets with poor boning and too much ruffles of the wrong kind there's nothing. Oh, I need every day bra's, but today was the day when I was going to find something fun. It didn't happen.

After searching the net some I must say that I'm terribly disappointed. Not even the stores marketing retro and rockabilly clothing have any sets or bra's. The odd knickers, but that doesn't help me who is in dire need of new bra's.
Posted by Efva kl. 7:11 pm 0 comments

We have a song!


Darling's kid brother will play the guitar and sing. It was an unexpected choice that I stumbled over when we couldn't think about anything and I was out cruising the net for ideas. It's catchy and happy and fits us really well.
Posted by Efva kl. 10:33 pm 0 comments

During the weekend we're going to see the registrar who is going to marry us. This means I'll have to investigate some more what we want, other that "do you take...". The legal part takes 15 seconds at the most so we should have something more. The officiant may have ideas of her own too, so we need to be armed for a discussion and find out what we're going to do.

It sure feels a lot more real when we actually will see her and talk about this.
Posted by Efva kl. 6:57 pm 0 comments 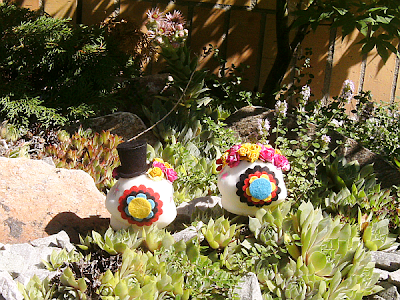 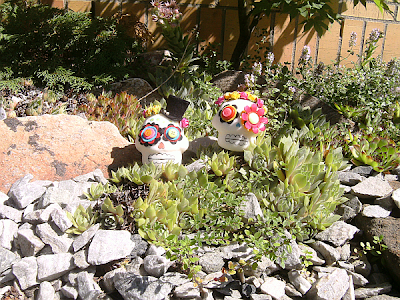 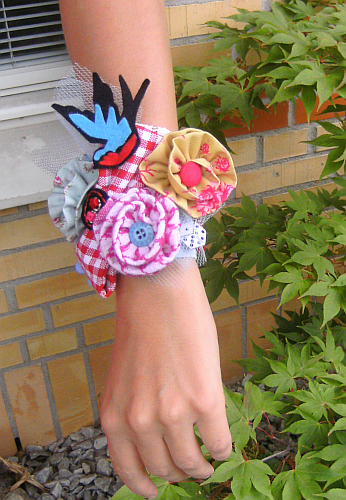 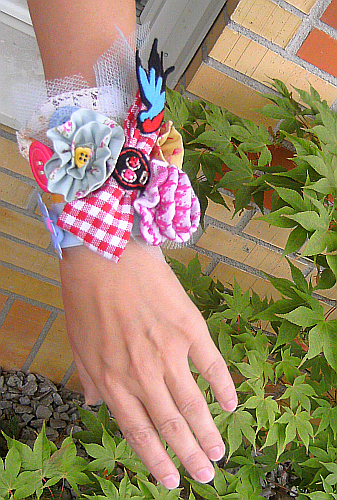 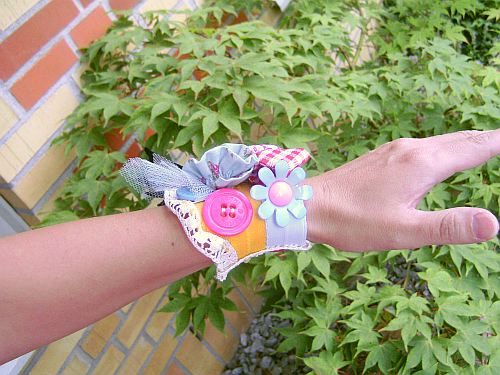 This is the DIY'ed corsage I'm going to wear. All of it except of the felt in the swallow and the sugar skull are made from left over bits and pieces I had in my boxes.
It turned out better than I imagined and I'm quite pleased.
Posted by Efva kl. 6:00 pm 0 comments

We need a loo. My parents don't have the regular water closet toilet so we can definitely not use the existing toilet. Not that it's a good idea anyway since our systems aren't built for 40-50 people using the toilet during one evening.

However, it has turned out that the region where I live is twice as expensive as the neighbouring one. TWICE. It means they want 2000 SEK/€210 for ONE DAY. I say it's robbery in broad daylight. Had we had the party in Småland it would have been 1000 SEK/€105. We could have had a trailer with 4 toilets for that price.

On top of that we're having an international scout jamboree beginning in 10 days in the neighbourhood and it ends less than a week before our marriage. There will be a shortage of portable toilets because of this.

It got me thinking. Maybe we should just build something. It's a farm and we have the means to handle shit, to put it mildly. I'm pretty sure we could get away with a lot less than 2000,- if we did, not to mention that it would probably look better too. I think I need to discuss this with mum and dad.
Posted by Efva kl. 12:22 pm 0 comments

Bettie bangs is going to happen!

Since I decided to go for this rockabilly-ish style on clothes I have been mulling over the hair. Dreads aren't particularly rockabilly, but with a fringe it would still work. However, they're a bit too pricey for comfort. What to do? Check Tradera of course. I managed to get hold of a fringe there for almost nothing.

I have only cut it a bit here. I'll need to style it some more on the day. With my dreads in a tail tucked in under a bandana the whole thing works just fine as a rockabilly hairdo.
Posted by Efva kl. 9:00 pm 0 comments

I have finished the incredibly simple gingham peasant blouse I'm going to wear. Without further ado: 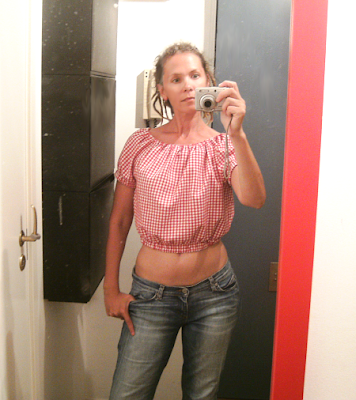 It's short because the jeans I'm going to wear are high waist. Feels great to have it done!
Posted by Efva kl. 3:44 pm 0 comments

No bouquet. I'm combining the elements below in a wrist corsage instead. 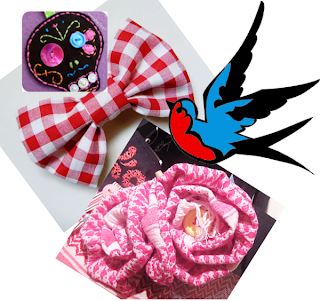 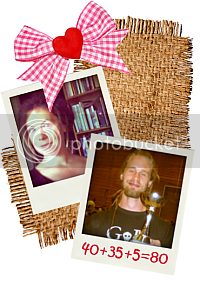